Sometimes there’s even a hybrid of gamers too, like myself, who find that some games on the PC work better with a controller while others don’t. So edgy.

So with all the controllers in the world you can buy, what is the best controller for PC gaming?

The Right Kind of Power At Your Fingertips

Seeking a bit of power aren’t we? Did you really think you could get away with your control freak desires by simply purchasing the best controller for PC gaming just so you can brag about your new high score in Fortnite.

Well, I’ll have you know PC gaming takes a lot more skill than just smashing a bunch of buttons over and over again… OK on second thought, there are games out there that require no skill at all, but that doesn’t matter!

I’m here to ensure you find the best controller that suits your needs! It can be a difficult maze to navigate with all the different controllers in the world.

Especially with all those Chinese knock off controller products available, it becomes an endless void filled with nothing but darkness and controllers. Don’t even get me started on the copycat controllers! It brings a tear to my eye every time.

Xbox 360 Versus The PS4 Controller?

Okay here we go, I promise I’m not going to start a console war. So I’m going to easily narrow down your vast selection amongst the army of controllers that faces you and make this really sweet and simple.

Why is that so you ask? Well since these are the most commonly used controllers, they will also happen to be some most supported controllers for your games.

Yeah you can remap the controls on controllers that aren’t supported or even mod the game, but that isn’t very convenient is it? And for all you could know, the controller could be a pain to use!

So that is why I like the Xbox and PS4 controller because not only are they designed with quality in mind, efficiency, and finger ergonomics, but a lot of games on the PC support them!

So out of the two, which controller should you choose? If you have already tried the Xbox 360 and PS4 controllers, this question will be really easy to answer.

If you have only used one of the controllers, it shouldn’t be too bad to form a hypothesis on which one you should use, but if you haven’t used either, then it could be a bit more difficult to make that choice.

Now don’t let my comfort preferences change your mind on which controller you should get. It is all up to you.

If you have only used one of the two controllers and not both like I have before, then I would probably go with the one you’ve used most, if you liked using it of course because it will feel the most comfortable and best suit your gaming experience.

If you haven’t used either though, just look at the placement of the buttons and the size of the controllers and take a really good educated guess on which controller you think you’ll like more.

It’s okay if it doesn’t feel comfortable at first if you’ve never used either controller before because you just need to let your body adjust to the layout and design before you get to know what it prefers.

If you use one of those controllers for months and still find yourself not liking it, then you could try the other controller out and see how you like it.

You can’t really go wrong with an Xbox 360 or PS4 controller because they are both really good. It’s all up to you on which one you think is more comfortable to use.

Then there are others out there who find that they can use both. I don’t know man, maybe you’re ambidextrous when it comes to controllers. Just find a controller that you really like to use! 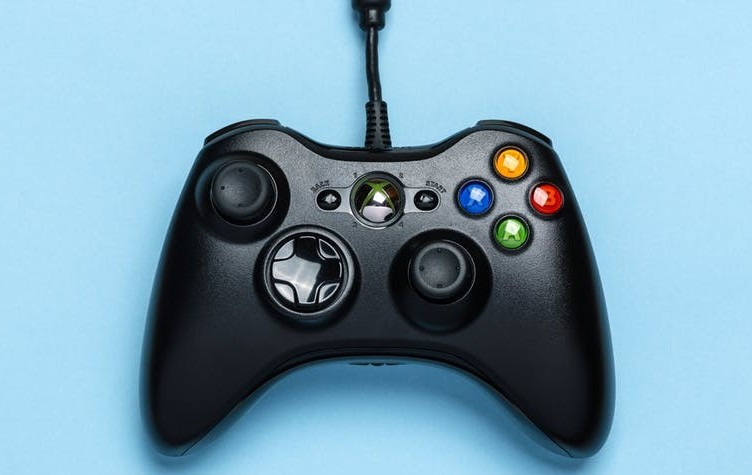 Okay, don’t you dare even think about getting a controller yet! First we need to address one common issue I’ve encountered in PC gaming with certain controllers.

Whatever you do, don’t use a wireless controller if you are PC gaming! Yeah, I know, the PS4 controller is wireless and some Xbox 360 controllers on the market are wireless.

Just use a micro USB charging cable to turn your wireless PS4 controller into a wired controller. In addition, if you plan on getting a Xbox 360 controller make sure it’s wired and not wireless. It’s that simple.

Wireless controllers on the PC tend to be prone to input lag, which is a big no no when you are gaming because it can really degrade the quality of your experience and make you want to throw your controller at the wall.

When I tried to connect with Bluetooth using my PS4 controller to make it wireless, my games I played were experiencing major input lag, which is when you press a control and the game doesn’t quite register it until a couple seconds later so your game basically lags.

This makes games on the PC nearly unplayable and you’ll probably end up spending more money on all the controllers you’ll break from raging. So when choosing between Xbox 360 and PS4 controllers, the wired one is probably the best option! If you plan on getting a PS4 controller, I guarantee that it’s not going to come with a USB, so you will need to get the cord separately.

The Fate At Your Hands?

The fate of the gaming world is at your hands, so keep these thoughts in mind while making the ultimate decision to snatch your fingers a controller for PC gaming!

Or maybe you are one of the tens of millions of people in the world who already have an Xbox and/or PS4 controller. So give it a try if you are trying to PC game with either one.

It’s all up to you to make your dull gaming session into a happy gaming one!