Notice: This post was written before the Oculus Rift S came out. The Oculus Rift S comes with built in trackers so you don’t need to worry about mounting any sensors. However, feel free to read this post if you want to learn more about Oculus Rift sensor mounts.

I found a great Oculus sensor mount to make your VR experience much better. The problem with a lot of VR mounts is that a lot of them are made of cheap plastic and are not very sturdy.

In addition, some of them don’t even work very well when you hang them on the wall because of the weak design that causes them to fall off the wall. Oops, there goes all the money that went into that sensor… oops there goes another one…

So I spent a lot of time looking for the right kind of mounts for my Oculus Rift sensors and I finally found one by a company called VideoSecu.

Price: Click here for current pricing on VideoSecu. (Not an affiliate link).

My Overall Rating: 5 out of 5 Genius Stars

Cons: Ball socket was loose and needed to be tightened to prevent the mount from rotating.

Verdict: This is one of the best mounts I’ve used for my Oculus Rift sensors because it doesn’t fall off the wall and it’s constructed from high quality solid metal parts. I had to get more than one of these because each one only comes with one mount.

Watch Out For Knockoffs?

According to the seller, there are apparently people selling fake versions of these. The real version of these mounts are supposed to be made of solid metal, but some people are selling plastic versions of their invention.

This shouldn’t happen to you though unless you get it from a seller WITHOUT the VideoSecu logo. They also said to report anyone who sells you a knockoff. Make sure the manufacturer part number is MCB1B too.

So just something to keep in mind to save you the time!

Removing the Oculus Sensors From the Original Mount They Came On

You might be wondering how on earth you are going to remove the Oculus sensors from the original mount. This part is kind of a pain to deal with, but worth it.

Here are some supplies you’ll need for this operation:

If you look closely towards the top section of your Oculus Rift stands, they have this little groove below the sensor on the mount they come on.

You are going to need to carefully wrap 6 layers or more of electrical tape just above that crack. The electrical tape will help protect the metal on the Oculus Rift mount from receiving any damage or scratches.

You may want to add more electrical tape than 6 layers and to do a quick test of how strong it holds up when you grip the pliers into it carefully. I thought I had enough, but still ended up scratching the metal a bit.

This procedure will not only protect the metal on the Oculus Rift mount, but also make it easier to get a grip on it with the pliers you’re going to be using on it.

It takes a really strong grip to untwist the sensor head off the mount and a lot of patience because the pliers are so close to the top and the cord constantly gets in the way as you rotate it. Make sure to turn it counterclockwise!

You can also unscrew the sensor near the base instead of near the head if you really wanted to.

Tips For Setting Them Up On The New Mounts 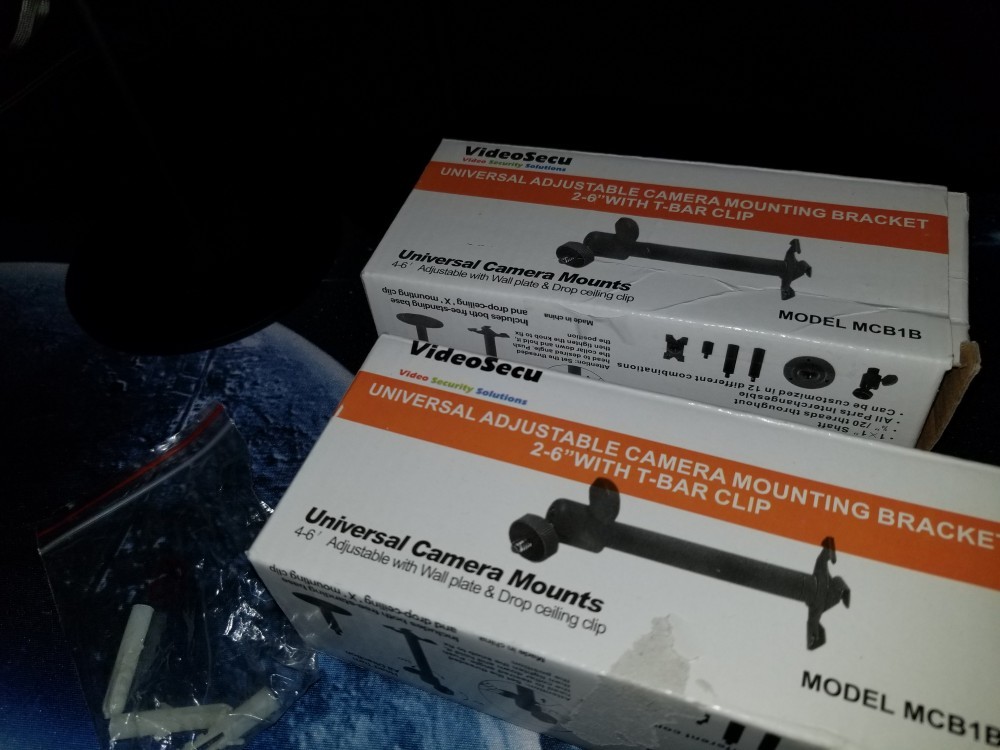 It may be a bit difficult at first to mount your Rift sensors on the wall, but it sure is worth it. The further the sensors are (to an extent) the wider the coverage gets, which means you should have a better VR experience.

The height at which you hang your sensors will also give them a birds eye view for better tracking.

If you originally had the sensors on the ground and on top of a printer (or even a desk) like me, then moving the sensors onto a wall has decreased your chances of accidentally bumping into or even knocking them over.

The sensors for the Oculus Rift are very sensitive and can only take so much abuse before they stop functioning. So gently handle them with care.

You may need a USB 3.0 extension cable to successfully carry out this mounting process if the distance is greater than the cord’s length.

I originally needed a USB 3.0 extension cable to properly place one of my sensors (even before I decided to mount them) because the cord it comes with is too short for me.

The amount of extension cables you need will depend on how many sensors will be too far from your computer.

I hope you enjoyed this post and found it useful. If you have any comments in relation to this post feel free to let any words out and I’d be more than happy to get back to you.